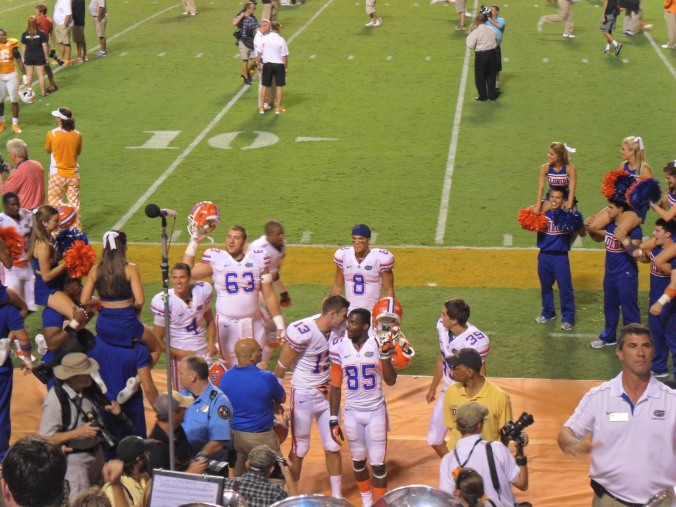 On a football team, you never know when the coach will call your number and need you to step up.

The Eagles have lived that reality this year.  It all started after week one, when kicker Jake Elliott was brought in for an injured Caleb Sturgis.  Than it was running back Lagarrette Blount (and, later, Jay Ajayi) stepping in for Darren Sproles.  The list kept growing.  Linebacker Joe Walker for Jordan Hicks – and then Dannell Ellerbe for Joe Walker.  Left Tackle Halapoulivaati Vaitai or Jason Peters.  Nick Foles for Carson Wentz.     For a short time there was another need for a player to step up.  In a crucial Week 14 matchup in Los Angeles against the Rams, star Tight End, Zach Ertz, was out, leaving backups Brent Celek and Trey Burton to step up.  Burton was ready.  He explained to the Increase

The biggest thing I’ve learned this year, especially in the past few weeks, is that you never know what’s going to happen, so you have to be ready at any time to step in and lead. Whether on the field, in the locker room or in team Bible study, you have to prepare as if you are the starter. On the field you never know what might happen; you have to be prepared for the worst. One of your teammates might get injured and end up out for the season. You need to be ready to give it all you have on every play. As a Christ-follower, I want to be prepared in my knowledge and trust in Him so that if anyone asks me a question about my faith, I’m ready.

God has also been teaching me to appreciate my teammates more this year, not only as they compete for our team, but as many of them work hard to build up the Kingdom of Christ. As a team needs each player — gifted specifically to execute in their position on the field — so the Church has members who are all a critical part of God’s mission, able to benefit the Church with their gifts and talents. Not one teammate is greater than the others. Everyone is needed for this mission.

We, as Christians, always need to be ready to step it up.  Whether it means stepping it up to preach the Gospel, to help someone in need, to show compassion to someone who is hurting, or to defend someone who is vulnerable.  Christians are called to be people of action.  Burton explained the following in one of his portions of the Eagles You Version devotion series;

James 1:22 says. “Be doers of the word, not hearers only, deceiving yourself.”  I love this verse for many reasons.  Probably the #1 reason, though, I love this verse is because it’s counter-cultural to what we believe here in America.  A lot of times we go to church on Sunday and we listen to a great sermon or we hear our pastor preach on a topic, and that’s it.  We’re not doers, we just hear.  And so, when I started reading James, I truly fell in love with it and it kind of gave me a totally different mindset about church.  Not only should we go to church; Not only should we be listening to sermons on podcasts or YouTube or whatever it may be.  But that’s not the end of it, that’s really just the beginning.  And the same with reading the word, you know, when we’re in the Word and we’re studying Scripture – that’s not the end of it, that’s just the beginning and now it’s time to act on it.  And that’s something myself and my teammates have taken to heart this year; Not just sitting and listening and those types of things– which are great – but taking the next step and being doers of what we’ve been reading and what we’ve been studying.

To read more about the Philadelphia Eagles and their Christian faith, check out Rob Maadi’s book, Birds of Pray, available on Amazon.

As an Amazon Affiliate site, if you purchase this book through this link,

I receive a small commission.