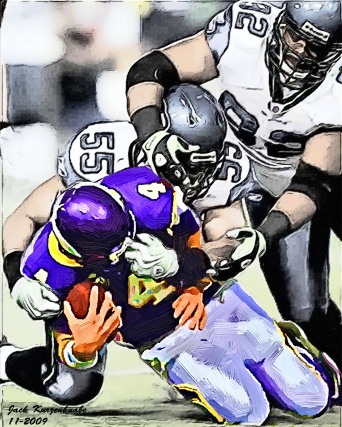 Prior to yesterday’s Division Round Playoff game between the New England Patriots and the Los Angeles Chargers, there was a moment of silence.  The football world paused for a moment to remember Makenna Mebane, daughter of Charger’s Defensive Tackle, Brandon Mebane.

While still in the womb, Brandon and his wife, Amena, were informed that Makenna had something called Trisomy 13, a rare chromosomal condition that can cause intellectual disabilities and physical abnormalities in addition to heart defects, brain or spinal abnormalities and weak muscle tone.  In Makenna’s case, she didn’t have a heart valve.  She was due in December, and would have heart surgery soon after.

On November 12, Makenna was born early, thankfully without any complications.  However, just two weeks later, she was diagnosed with Necrotizing Entercolititis – an intestinal disease that often affects premature babies.  She had surgery to remove parts of her intestines and her heart surgery had to be put on hold.

Watching your child suffer is among the most painful challenges in the world.  At first, Mebane would fly back and forth between Los Angeles and Omaha, Nebraska, where Makenna was receiving care.  He called watching his daughter suffer “harder than anything I’d ever dealt with in my life.”  After Week 11 of the season, after prayerful consideration, and with the blessing of the Chargers, he missed 4 games this season to care for his family.

During this challenging time, Mebane and his family turned to God in prayer.  He explained at Chargers.com; “We’re just praying (a lot).  We thank everybody that’s been praying for us.  It make me pray even more, and up my relationship with God and talk to Him more throughout the day…  (This is) something that made me more aware of talking to God more, praying way more, praying not just as night with my kids, but before we drop them off at school…”  He added in an interview with USA Today Sports; “at this point, man, when you talk to God and pray, you can’t worry about the things that’s happening, you just got to have faith.”  During an interview with USA TODAY Sports, Mebane took out his phone, opened an app for Bible scripture and scrolled down until he found what he was looking for;  2 Corinthians 5:7; “For we live by faith, not by sight.”  Said Mebane: “That’s my all-time favorite.”

On January 3, Makenna was called to glory.

After losing his daughter, Mebane didn’t lose his faith.  He explained to ESPN; “I’m still thankful and I thank God every day.  I still pray.  We’re taking it one day at a time.”

Mebane was able to suit up and play for the Chargers in their playoff games against the Ravens and the Patriots, albeit with a heavy heart.

Mebane’s story reminds us of King David, who also lost a child in 2 Samuel 12.  After losing his child, David faithfully proclaimed that he believed that he would one day be reunited with his son.  He declared that now he is dead. Why should I fast? Can I bring him back again? I shall go to him, but he will not return to me.”  Brandon and Amena Mebane can rest assured that they, too, will one day go to heaven where there daughter Makenna will be waiting for them.

How blessed we are knowing that Jesus Christ died on the cross for our sins and rose again on Easter Sunday, winning eternal life for all who believe.  As Jesus famously declared in John 3:16, For God so loved the world that He gave His only begotten Son, that whoever believes in Him will not perish, but have eternal life.”

That is God’s blessed promise to the Mebanes and to us all.  Through the tragedies, hardships, challenges, and struggles, we rest hang on to our faith and rest on God’s gracious promises, giving thanks that we, indeed, walk by faith and not by sight.

On Sunday, January 13, Amena Mebane posted the following on Instagram, which was too beautiful not to share;

Missing my baby.  I would whisper to her every morning ‘every day with you is a blessing sweet Makenna.’  If you had told me I would only get to hold her for seven weeks, I would still have chosen to carry her to term, to move across the country for care, to move my family across the country, to enroll my kids in a new school, to be admitted to the hospital for weeks, to have a c-section, to pump every three hours even when she couldn’t eat, to sleep in a chair in the NICU night after night.  I would have still chosen to fight for her, because she was worth it.  Smelling her, seeing her face, holding her hand, tickling her feet, feeding her milk swabs, singing to her, listening to her cry, seeing her furrowed brow… was all worth it.  Her life mattered and despite her genetic difference, she was worth fighting for.  And although her time here was short, her impact on us was immeasurable.  her impact on us will last a lifetime.