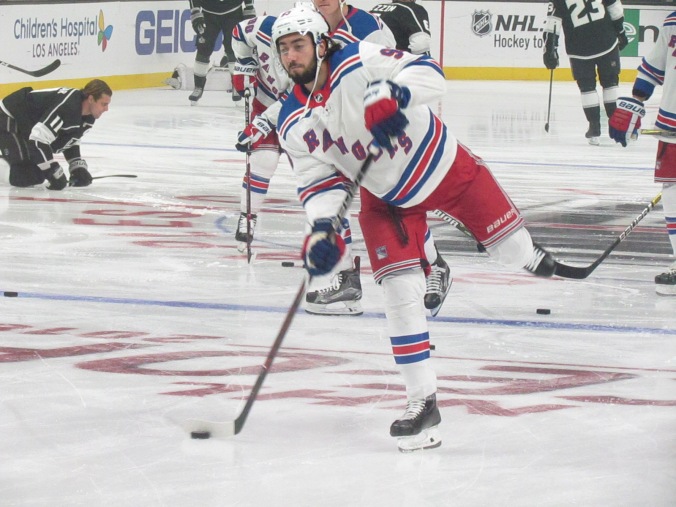 Mika Zibanejad of the New York Rangers.  Photo by Dinur

NHL success stories rarely begin in Iran with a man who claims that he had barely heard of hockey and has never donned a pair of skates.

That is the unlikely 1st Chapter of the story of New York Rangers star, Mika Zibenejad.

Mehrdad Zibenajad, Mika’s father, grew up in Iran.  While he was not a hockey player, he was a star athlete himself.  In his teenage years, Mehrdad excelled in tennis and volleyball.  Mehrdad was a smart, athletic young man with a strong faith in God.  He appeared to have a bright future ahead of him.  Soon, however, everything changed.

In the late 1970’s a revolution erupted in Iran.  Civil demonstrations took over the streets against the Shah Mohammad Reza Pahlavi and his Western-leaning views on government.  Violence broke out and the nation found itself in turmoil.  In 1979, the Shah was overthrown and replaced by the Ayatolla Ruhollah Khomeini as Iran became an Islamic Republic.

The changes around him made life extremely difficult for Mehrdad.  Although living in a predominately Muslim country, Mehrdad is a devout and dedicated Christian.  His views on faith and life often got him in trouble.  At one point, Mehrdad wrote an article for a magazine on the topic of philosophy, for which he was imprisoned.

Mehrdad explained to Ken Campbell of the Hockey New; “I believe in God, I read the Bible, I believe everything they write in the Bible, but God gave me some choice also. But in Iran you have no choice. They tell you what you should think and what you should do and I can’t accept it. God gave you freedom.”  Times were difficult for Mehrdad, who now says little publicly about his experiences out of fear of what might happen to his son, Mika, if he speaks up.

In 1980, war broke out between Iran and Iraq.  Mehrdad was forced to either fight in a war he did not believe in or serve time in jail.  He recalls; “I had no choice.  They would put me in jail or maybe kill me, or I am going there and fighting for nothing, for something I don’t agree with.”  Mehrdad ultimately chose to serve in the war, largely in an administrative roll.

When his time of mandatory military service had ended, Mehrdad had earned a passport.  He knew it was time for him to leave his homeland.  Again, Mehrdad doesn’t speak much about his reasoning.  He told Ken Warren of the Ottawa Citizen; “I don’t want to say too much.  The reason I moved was the Revolution. They closed all the universities and high schools. We had nothing.”

In December of 1983, the young 23-year old Mehrdad Zinabandjad moved to Sweden.  There he became in IT engineer with the Swedish government.  He soon met a Finnish born woman named Ritva who would soon become his wife.  Ritva had a son named Monir Kalgoum.  Later, Mehrdad and Ritva would welcome a son of their own, Mika, into this world. 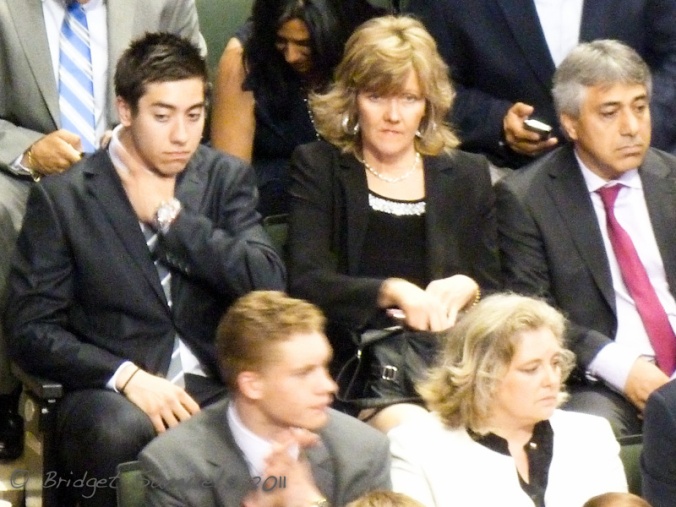 Mika, Ritva, and Mehrdad at the 2011 NHL Draft.  Photo by Bridget Samuels

Mehrdad wanted his son to have the experience of playing sports as he did in Iran. He told Ken Warren; “It’s important to start in some sport.  It doesn’t matter which.”  He started is son on his own favorite sport: tennis.  His brother, Monir, however, had other plans.  Monir was a successful hockey player.  Now retired, Monir would go on to play professional hockey for the Milton Keynes Lightning in England’s NIHL.  Monir introduced young Mika to hockey and he immediately fell in love with the game.  Mika explained; “I actually started to play tennis.  That was what my dad wanted.  But then I got stuck into hockey after the first time on ice.  I love tennis, but obviously, I love hockey [more] so I switched.”  Mehrdad recalls that “once he was five or six years old, he was at the arena every day.”

Mika went on to have even greater success than Monir had experienced!  The highlight of his youth hockey experience came in 2012, when Mika scored the game winning goal for Sweden in the World Junior Hockey Championship game against Russia.

In 2011, Mika Zibanejad was drafted with the 6th overall pick by the Ottawa Senators.  After an impressive camp, he joined the Senators for the first game of the 2011-2012 season.  He would go on to play with Senators for parts of 5 seasons and score 64 goals for the franchise.

Prior to the 2016-2017 season, Zibanejad was traded, along with a 2018 2nd round pick to the New York Rangers for Derick Brassard and a 7th round pick.   The trade has been a phenomenal success for the Rangers!  Brassard would only play a season and a half for the Senators, while Zibanejad is a budding star in New York.  Rick Carpiniello of the Athletic has named this the 4th best trade in New York Rangers history, behind only the team’s acquisitions of Mark Messier, Ryan McDonough, and Jaromir Jagr.

Like his father, Mika often says little about his religious, political, and social views.  Due to his Persian heritage, he is often asked questions about immigration policies.  When asked, he doesn’t say a lot.  When questioned by the New York Post about President Trump’s travel policies, he wisely answered; “[The policy] is still hard for me to grasp. It seems straightforward, but it isn’t. It’s a little confusing, so as far expressing my opinion, I’d like to know more about it before I say more.”

Similarly, Mika does not always broadcast his Christian faith.  At times, he thanks God for the success he has had – though even that sometimes earns him harsh critics.  Upon thanking God as a young athlete, back in 2011, Zibanejad was criticized for one such moment of crediting God with his success.  He simply and respectfully responded “Yes, I’m a Christian, so I’m thanking God.” 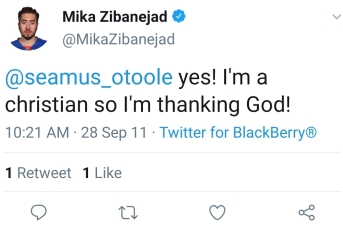 As he remains relatively quiet about his religious and political views, his play on the ice continues to speak loudly.  This season, he was named NHL player of the week on the opening week of the season and was the 1st runner up to Leon Draisaitl of the Edmonton Oilers for the honors of Player of the Month for February.  On March 5, 2020, Zibanejad added a unique accomplishment to his growing resume.  He became only the third player in Rangers’ history to score 5 goals in a game, in their 6-5 overtime win over the Washington Capitals.

At only 26 years old and a bright future ahead of him, it brings us back to what Mehrdad said to Ken Warren the night Mika was drafted; “Nobody knows the future and what happens.”